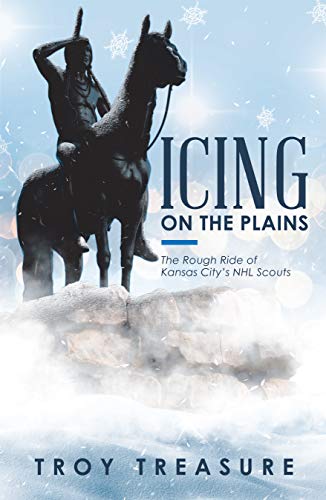 This is the story of Kansas City’s attempt to integrate major-league hockey into its sports marketplace, only to see it fall through thin ice.

Troy Treasure, an award-winning sports reporter, tells the riveting story of the Kansas City Scouts, who began playing in the National Hockey League in 1974.

Perhaps the franchise’s owners should have guessed it would be a struggle from the beginning: After finally getting an arena, its original name—the Mo-Hawks—was rejected because the Chicago Blackhawks thought it too closely resembled their moniker.

But while the franchise underperformed on the ice and at the box office, there was also triumphs and plenty of laughs mixed in with the tears. During their two years on the ice, the Scouts featured the biggest on-ice badass in the NHL, a combustible coach, and one of hockey’s all-time funny men.

Filled with player interviews and painstakingly researched, this book pays tribute to the history of professional hockey in Kansas City, the city’s other pro sports teams, and athletics at large.